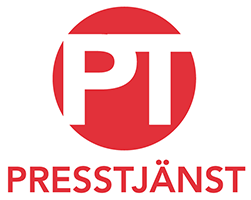 Libonomy is a one of a kind new generation blockchain solution that utilizes artificial intelligence and other algorithms to overcome the inefficient energy usage and other long-standing problems of blockchain technology.
Energy consumption of mining blockchains, the most popular method for blockchain creation, has been steadily rising since its inception, and hasnow reached the levels of entire countries such as Norway, Argentina, Ukraine and Sweden. The 3rd Global Cryptoasset benchmarking study by Cambridge University shows that only 39% of the energy used to mine blockchains is generated by renewable energy, thus today’s blockchain mining creates  an enormous carbon footprint.
Libonomy’s blockchain overcomes the high energy consumption challenges that all of the most commonly used blockchains face and thus significantly reduces the carbon footprint of utilizing blockchain technology.
– I am very proud that we have succeeded to make Libonomy an environmentally conscious blockchain technology. Unlike other blockchains that use ASIC chips for mining, resulting in high energy consumption, Libonomy is ASIC chip resistant. Our solution is based on an Aphelion consensus protocol combined with artificial intelligence. This results in minimum energy consumption, says co-founder Richard Haverinen.
The key areas that the blockchain industry is trying to improve in are scalability, interoperability, security, decentralization and energy efficiency. However, the blockchain solutions available on the market up till now have not been able to succeed in all of these areas at the same time. Instead, different projects compromise different traits to improve others. Thus, most of the blockchains available are known as trade-off systems.